You know once October hits. There’s a nip in the air, the nights (and mornings) are dark, the leaves are crunchy and brown and there’s a smattering of pumpkins all around. There’s also a faint reminder that bonfire night will soon be upon us and all of the excitement that brings.

I for one love this time of year and love the excitement of Halloween and Bonfire night. These days aren’t for everybody, but as a fan of them myself, I’m going to find take a closer look at them and try and find some tenuous link to STEM I’m pretty sure that’s what the powers that be expect me to write about!

The first thing that comes to mind when I think of Halloween (aside from awesome costumes and black cats) is the handful of funky fruit-based games that can be found being played by young witches and Frankenstein’s all around.

‘‘Duck Apple/Bob Apple/Apple Bobbing’, is one of these games. The idea of bob apple is to try and catch an apple using only your teeth. The apple will be floating in a tub or water and it can be more difficult than it sounds! As apples are less dense than water, they will float or bob at the surface of the water without sinking. Although the apple is floating, part of it will be submerged under the water, this is known as displacement (object in the fluid – pushes the fluid out the way and takes its place). This buoyancy that occurs is expressed by Archimedes Principle.

“Archimedes’ principle states that the upward buoyant force that is exerted on a body immersed in a fluid, whether fully or partially submerged, is equal to the weight of the fluid that the body displaces and acts in the upward direction at the center of mass of the displaced fluid” 1)

Archimedes of Syracuse was Greek engineer, inventor, and mathematician. He was considered one of the great mathematicians and it was said that he discovered the theory of displacement whilst stepping into the bath and to his surprise, seeing the water move upwards! Eureka!

Another firm favourite was ‘Apple Snap/Snap Apple’, where you danced about looking ridiculous while trying to take a chunk out of an apple that was dangling afore you on a piece of string attached to (usually) a washing line! Now it may seem like child’s play and a bit of fun jumping about trying to catch these dangling apples but there is a bit of science connected to how it all works (bear with me!)

The reason the apples have to be suspended by string is because of good old Gravity (they’d otherwise fall to the floor, obvs). Funnily enough, it was a (possibly legendary) apple that contributed to the discovery of gravity. One day, when our good friend Isaac Newton was apparently sitting under an apple tree in his garden, an apple suddenly fell from the tree and bopped him on the head. Some suggest he just saw an apple falling in an orchard but whatever the truth, something about an apple falling to the ground got Newton thinking about why it fell down and didn’t fly off sideward or to the sky.

“After dinner, the weather being warm, we went into the garden, & drank thea under the shade of some apple trees… he told me, he was just in the same situation, as when formerly, the notion of gravitation came into his mind…. occasion’d by the fall of an apple, as he sat in a contemplative mood.” 2)

In addition to gravity being the main pulling force (no pun intended) of Snap apple/Apple snap, you can also observe Newton’s Law of inertia. When you knock into an apple, it will swing away from you (if not stopped by anything else) and then swing back (and forth, and back and forth until eventually stopping.) The force of gravity pulls it towards the ground meaning it will slow and eventually stop swinging.

If you want to really clever (or clutching), you can also see the similarity to Newton’s cradle, when you end up knocking the apple away from yourself when you don’t quite manage to take a bite! Newton’s cradle demonstrated the “conservation of momentum and energy” – kinda like those swinging apples when they knock into each other! 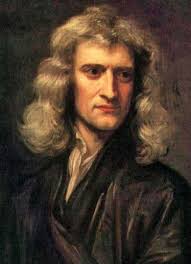 Okay okay, enough about apples. Fireworks, anyone? Well one little snippet, just before I go.

I love fireworks. I love cold nights and watching them light up the sky and feeling them flash and bang through the air. But do you know how they actually work? Well, they were first invented in China a long old time ago (around 1000 years) and generally consisted of a cylinder (bamboo was even used) and gunpowder was the main ingredient.

This cylinder is known as an ‘aerial shell’ and contains lots of tiny modules called ‘stars’. The cylindrical shell is also filled with gunpowder and a time delayed fuse. When the fuse is ignited, the firework zooms off into the sky and ignites the gunpowder. This, in turn, causes the stars to scatter and thus begins the beautiful display of colour across the sky.

Each chemical element in the stars releases a different amount of energy, and this energy is what decides the colour or wavelength of the light that is emitted. It is the way the stars are set in the cylinder that determines the pattern and shape of fireworks when they explode in the sky.

It takes a special cocktail of chemicals to cause the collection of colours (that was a mouthful) you see scattered across the sky. Different chemical elements create different colours, Strontium carbonate – red, Calcium chloride – orange, Sodium nitrate – yellow, Barium chloride gree and Copper chloride – blue.

So, now you know a little more about what gives you your bright display of pyrotechnics each November and you can take a little minute to think about the science behind those beautiful explosions on the 5th!